Why it’s awesome: We train kids for fun and fitness. We also have a youth competition team for those who wish to compete. Our program is great for discipline, self-defense, and building confidence. Let us help prevent bullying, and teach your child how to live a happy healthy lifestyle through martial arts.

Who its for: Kids 5 and up, Bring your kid in and try a free class or schedule an appointment by clicking the button at the bottom of the page.

Our 5 Star boxing program is proud to be part of Area 502 MMA, a big part of both programs is the ability to compete at a higher level. Our kids boxing program travels all over the United States competing in multiple tournaments throughout the year.

So come join our kids boxing program and watch your kid grow in such an awesome sport!

“If my mind can conceive it, and my heart can believe it—then I can achieve it.”-Muhammad Ali 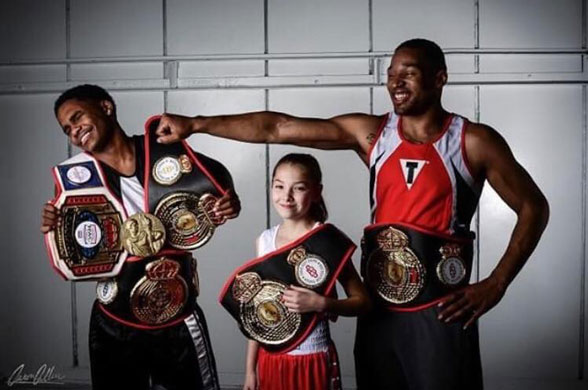 Boxing is a combat sport in which two people, usually wearing protective gloves, throw punches at each other for a predetermined amount of time in a boxing ring.

Amateur boxing is both an Olympic and Commonwealth Games sport and is a common fixture in most international game it also has its own World Championships. Boxing is overseen by a referee over a series of one- to three-minute intervals called rounds.

The result is decided when an opponent is deemed incapable to continue by a referee, is disqualified for breaking a rule, or resigns by throwing in a towel. If a fight completes all of its allocated rounds, the victor is determined by judges’ scorecards at the end of the contest. In the event that both fighters gain equal scores from the judges, professional bouts are considered a draw. In Olympic boxing, because a winner must be declared, judges award the content to one fighter on technical criteria.