Why it’s awesome: Our Jiu-Jitsu class is focused on helping kids out with finding something fun for them to do. This program is great for discipline, self-defense, and building confidence. Let us help prevent bullying, and teach your child how to live a happy healthy lifestyle through martial arts. Bring your kid in and try a free class schedule an appointment by clicking the button below

This program is for kids that are from ages 5 and up, Come on in and try a free class today!

BJJ is founded on the concept that a smaller, weaker person can successfully defend themselves against a bigger, stronger, heavier opponent. This is done by using technique, leverage, and most notably, taking the fight to the ground, and then applying joint locks and chokeholds to defeat the opponent. BJJ training can be used for sport grappling tournaments and in self-defense situations. Sparring(commonly referred to as “rolling” within the BJJ community) and live drilling play a major role in training and the practitioner’s development. BJJ is considered a martial art, a sport, a method for promoting physical fitness and building character, and a way of life.

“There is no losing in jiu jitsu. You either win or you learn.”-Carlson Gracie Sr 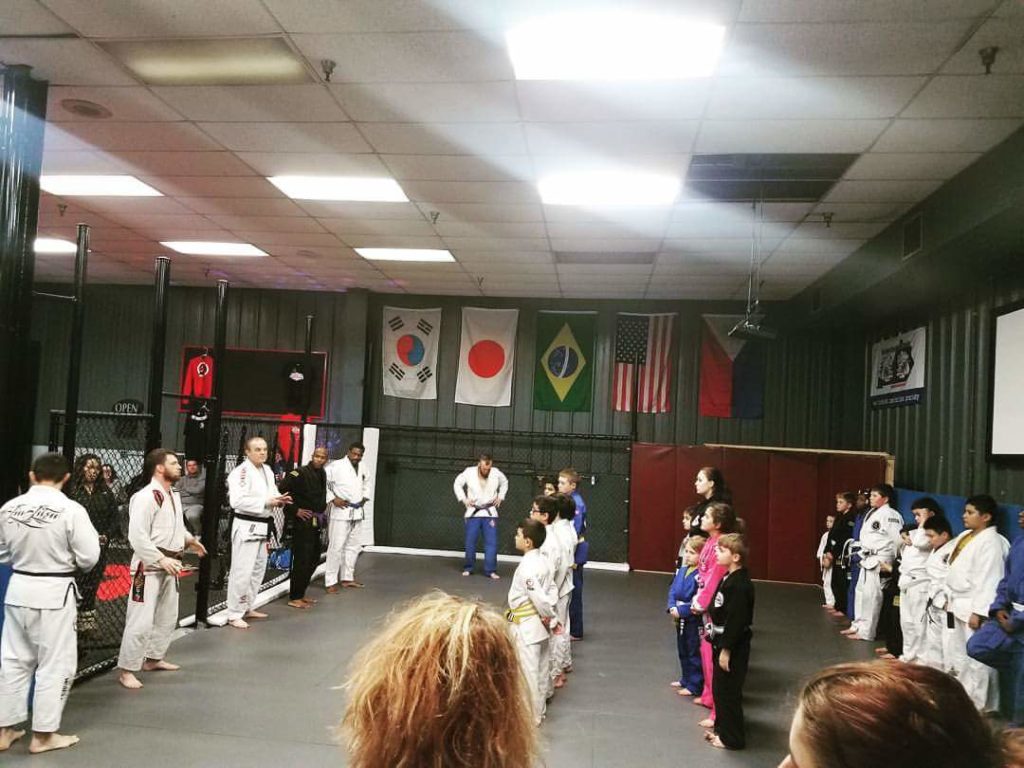 Training methods: BJJ focuses on submissions without the use of strikes, while training allows practitioners to practice at full speed and with full strength, resembling the effort used in competition. Training methods include technique drills in which techniques are practiced against a non-resisting partner; isolation sparring (commonly referred to as positional drilling) where only a certain technique or sets of techniques are used; and full sparring where each practitioner tries to submit their opponent through technique. Physical conditioning is also an important aspect of training.

The Gracie family: focuses on practical applications of BJJ that apply primarily to self-defense. They will often run development drills in which a person is surrounded by a circle of other students who will attempt to attack the defending student, who in turn must defend themselves using techniques. The student will often be unable to see the aggressor to simulate an attack that they weren’t expecting.